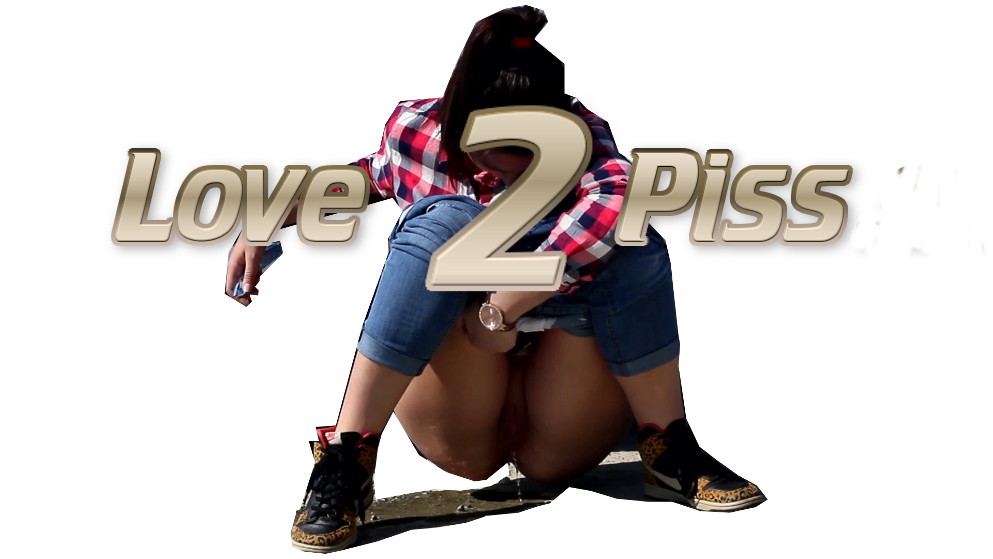 Checkout our latest episodes below

I have the bladder so full that I am incapable of pee. I must site on the toilet with my feet and squeeze my belly. Then I push on my bladder to empty it.  MLP62

Ingrid loves to aim her pee. For girls is pretty difficult but she learned how to press on her belly to aim her pee. She puts a glass on the floor, strips and aims her pee in the glass filling it. Then she clean the scene pretty good. MLP58

Living in my country has it's bad pats. From time to time, we don't have running water and I must improvise. I grab a glass and I pee in it, right there in the living room, and then I wipe my wet pussy with a clean towel. MLP56

I must document the way I pee, and as soon as my bladder is full, I grab an action camera and I shoot every drop which comes out. MLP61

I am getting ready for a bath, when my tummy gives me a crunch. My bladder is full and my boy friend didn't fixed the toilet. So I have to improvise, I grab a glass and I try to pee in it. I squat over it, but I cannot target it very well and my golden pipi overspils all over the bathroom floor. I pour the pipi in the toilet and I clean the floor with some toilet paper. After that I take a shower and clean myself really good. MLP59

I smoke and play with my pussy in the living room. I immediately feel the urge to pee and pee right there filling a glass with my golden liquid. Then, being tempted I go to the bathroom and taste it, and pour it all over my body. MLP54

My fuck boy cannot pee in the toilet without my help. He tries and tries and no pee comes out. He asks my help and as soon as I hold his cock and instruct him how to pee, he quickly pee huge volume in the toilet. MLP60

Her toilet is broken again !  She smokes to calm her bladder but it doesn't work. Desperate she grabs a glass and fill it hit her hot yellow pee. MLP53

Ingrid doesn't like to pee in the toilet. She loves to pee in the living room and play with her pussy. He soon fills a full glass with her hot pee. Then she goes to the toilet and pours it in the bowl. MLP57

One sunday afternoon, I was sitting on a couch, relaxing when I felt the urge to pee. I grabbed a glass from the table and pissed a big volume in it. Then I felt the urge to go to the bathroom and drink it. I went to the bathtub and tasted it and poured it over my tits. MLP52  (Actually I had apple juice from the glass, I switched the glasses. It's not permitted to drink pee in the videos).

Ingrid loves to pee in the bathtub. She likes to see the golden liquid pouring from her pussy on the immaculate white of the bathtub. MLP51

Ingrid sits down in the shower and fill a big glass with her golden pee. She then talks with her video operator and tries to make him drink the piss. He doesn't , and they wash each other in the shower. MLP50

Ingrid has only a pair of torn pantyhose on her. She goes to the shower, opens her legs wide and empty herself in the sower right trough the torn pantyhose. She washes her pussy clean afterwards. MLP49

Ingrid has smoked a lot. She went to the bathroom, puts the ashtray on the floor and pee on the cigarettes to make sure they are all extinguished. Then she takes a shower washing her sexy body with shower gel and throws the ashtray full of wet cigarettes in the toilet and washes the ashtray. MLP48

Ingrid has her bladder full again. She dares to pee on the balcony again, although there are some people watching her from the other building. MLP47

Ingrid is playing on her phone, nude in the bed. She lost track of time and her bladder is so full that it hurts. She goes to the bathroom and empties herself in the shower, taking a long time to clean the shower and her pussy. MLP46

Ingrid is shamed for pissing in the kitchen (28 October 2017)

Ingrid is so desperate to pee because the toilet is broken again ! She tries first to pee on the balcony but she fails. Then she goes to the kitchen and piss all over the kitchen floor. Her step dad sees the puddle of pee she made and he shames her for that. MLP45

In one sunny day Ingrid didn't wanted to piss in the toilet since it's always cold in the toilet. She goes on the balcony and takes a camera with her. She sits down and pee with her legs opened and no panties on. Her pee makes a small river which she thinks it looks like a snake. She wipes her pussy with toilet paper and get's back inside. MLP44

Ingrid is in the forest, she is all naked except her transparent panties and she tries really hard to pee. She takes off her panties, sits on her ankles and squeeze her bladder, but the golden liquid doesn't show. MLP42

A sexy girl topless in forest helps an old man pee. She pulls down his pants grab his cock and help him pee right there on the ground. He shoots his jet longer than before. MLP43

Ingrid loves to empty her bladder in the shower. She loves to splatter her pee on the shower floor and then she can wash her cunt with the shower head. It tickles her pussy in a pleasant way. MLP41

She felt her bladder pushing her to pee, so she goes to the shower and piss right there and washes her pussy with the shower head. MLP40

Ingrid feels the period is coming and her tummy hurts a lot. Especially since her bladder is full of pee. She goes to the bathtub, spread her legs and pee in a glass, then she play with a clean tampon like a teabag. She always felt attracted by her own pee. She goes then on toilet and put on a tampon. MLP39

Ingrid takes her time in the shower, she relaxes and smokes there. She empties her bladder there and she cleans it all. MLP38

Ingrid just had sex and she barely can hold her pee . She sits on a tall and weird toilet and release herself, and then she wipes her pussy with toilet paper and touches her pussy to enhance her pleasure. MLP37

Ingrid feels it's time to go, she sits on the toilet and try very hard to pee. She presses on her bladder, stimulates her pussy a little, but she is unable to pee. MLP36

Peeing in the grass and smoking after (09 September 2016)

Ingrid went to the forest to feel good with her partner. After a good fucking she feels the need to pee. She pee right there in the grass and wipe her pussy with a leaf. After that she smokes a cigarette and relaxes a bit. MLP35

She arrives home desperate to pee, but the closet is stinky (20 August 2016)

She rises the lid, but the closet is so stinky she cannot pee in there. She has to think fast, she tries to pee in the sink, but she can't rich there, so she goes to the bath tub and piss there a little bit and clean the piss with the shower, also washing her pussy. MLP34

Ingrid is alone at home, and her toilet is broken again. She is desperate to pee, but she has no alternative but to climb over her kitchen sink and release herself right there, pissing with several jets in the kitchen sink. Then she cleans all the plates and the sink. MLP33

Totally releasing herself in the bath tub (16 April 2016)

Ingrid had a long day. She has to relax and empty her bladder, but she doesn't feel like peeing in the closet. So she gets in the bathtub and she pees with her legs open, releasing and relaxing. After that she takes a short shower and cleans all. MLP32